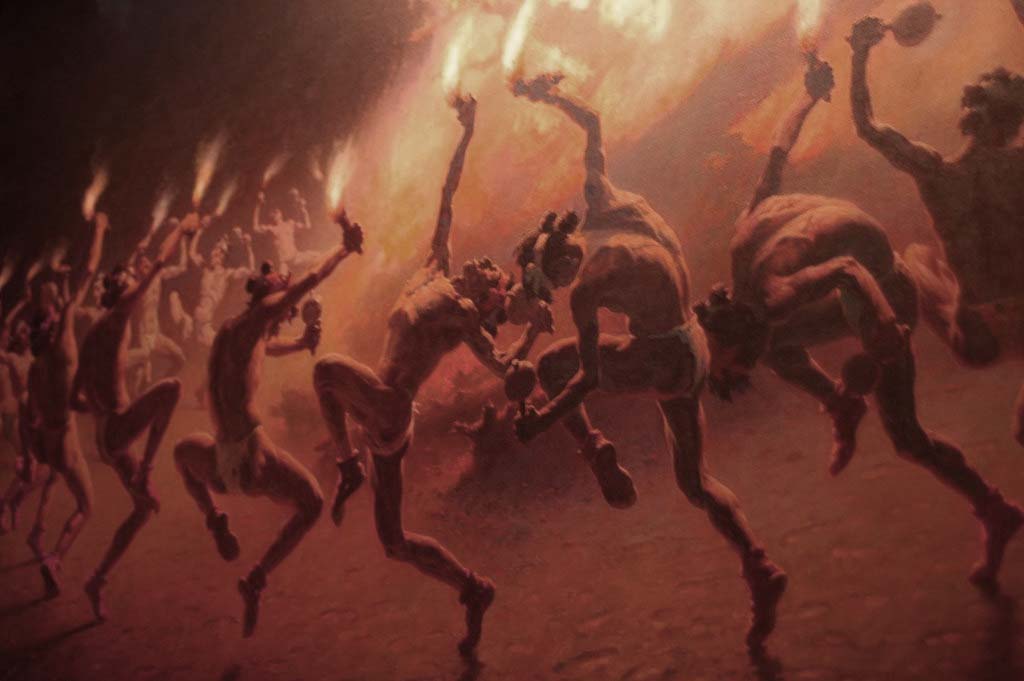 There is no doubt those who oppose Donald Trump are experiencing a great and collective cognitive dissonance as the 45th president begins his first term. In fact, in the days leading up to Trump’s inauguration on January 20, 2017, the agitation was palpable as the haters mourned their crushed worldviews with a sense of abject finality as the inevitable day approached.

Thousands and thousands of Never Trumpers will soon retreat from Washington D.C. and return to their garrisons, ramparts, caves and citadel’s to strategize and perfect new ways of disrupting the body politic over the next four years. As they sharpen their spears and prepare for war, it would be beneficial for them to completely comprehend the depth of their bias and belief. Unfortunately, it won’t happen.

Anyone who is open-minded, awake and aware understands how the mainstream corporate media acts as the propaganda arm for the Deep State. In 1983, ninety-percent of American media was owned by fifty companies. Today, ninety-percent of the media is owned by a mere six corporations. This means a little over 200 media executives control the information for approximately 300 million Americans. What we see in the news is not real; it is, instead, spun into what the Orwellian Big Brothers, on behalf of the global financial elite, want us to believe.

This would not be a problem for those whose eyes are opened, except for the great multitudes of unwashed indigenes who blindly imbibe what is fed to them by their governmental and corporate chieftains; to wit, global one-worldism:

Once one buys into the dream of global unity and harmony, it becomes only natural to consider a populist nationalist like Donald Trump to be an opposing imperial conqueror creating division, disharmony and world-view destruction as he grabs the groins of womyns and forms alliances with foreign kings.

Indeed, the natives have become very restless. See the Associated Press storytellers dance to staccato drumbeats as they wildly chant narratives of Trump raping and pillaging his way into the Office of the Presidency of the United States:

Past presidents have described walking into the Oval Office for the first time as a humbling experience, one that in an instant makes clear the weight of their new role as caretaker of American democracy. Trump spent much of his transition making clear he sees things differently: Rather than change for the office, he argues, the office will change for him.

Even before he takes the oath of office, Trump has changed the very nature of presidency, breaking conventions and upending expectations for the leader of the free world.

But Trump also views himself as a kind of “sui generis” president, beholden to no one for his success and modeling himself after no leader who’s come before

It is quite ironic how aging baby-boomers, Occupy Wall-Streeters and other societal misfits who once took to the streets against the Establishment are now rising up again, but this time on behalf of the Establishment. What a paradox that elderly hippies, peace-loving transgenders, and other social oddballs, rebels and non-conformists now plaintively lament the threat to the status quo as they rally for war against Russia and wail over their neo-conservative, establishment, war-hawk candidate’s stolen election.

According to Alex Mohajer, a contributor to the Huffington Post, Hillary Clinton is The Legitimate President of the United States based upon the following four premises:

1.) She won the popular vote

3.) Trump’s past ties to Russia invalidates him for president

Obviously, it doesn’t matter to Mr. Mohajer that the Electoral College of our Representative Republic chooses the President in accordance to the U.S. Constitution; that there is zero proof of Russian hacking or evidence of illicit interference affecting the outcome of the election; that Trump is an international businessman with no illegal ties to Russia; or the fact it wasn’t under Trump’s purview that the FBI discovered Hillary Clinton’s missing smoke-signals tattooed into Anthony Weiner’s engorged and overheated hard-drive beneath his laptop.

Of course, facts don’t matter to the wild natives as they whip themselves into a frenetic frenzy.

Calling for judicial intervention and a new election, no matter how outlandish or uncharted, is our civic duty

I am sorry folks, but that is some batshit crazy right there. But, what do you want to bet this idea continues to spread like smallpox among the Aztecs? Unfortunately, there is no antidote for this kind of stupid.

It would actually be humorous if not for the potentially dire consequences.

In the days preceding the inauguration, a family friend of Bill and Hillary Clinton posted a video online under his Twitter handle of @JesusChrist1701, and said:

Yes, I will be at the review stand at the inauguration and I am going to kill President-elect Trump…

Behold! @JesusChrist1701 is descending down, from high upon Twitter, to avenge the innocent and unfairly victimized Hillary Clinton.

All this, as CNN announced to the world, a day before Trump’s inauguration, their plan to keep the Democrats in power, in the event of a “disaster” or the assassination of “Trump, incoming Vice President Mike Pence and congressional leaders”, by installing one of Obama’s cabinet members as President.

Be assured, if these degenerate cannibals can’t serve up Trump one way, they will never cease trying to find another.

On Tuesday, January 17, 2017 a former contestant on Trump’s reality show “The Apprentice” filed a defamation lawsuit against Trump over his response to her allegations that he groped her during a job interview in 2007. According the high tribal priestess, Gloria Allred:

Enough is enough. Truth matters. Women matter, those who allege they were victims of sexual misconduct or sexual assault by Mr. Trump matter.

So observe the violent dreams, halcyonic hallucinations and wild-eyed visions that are taking over the hearts and minds of the savages as they flirt around the fire. The war parties have gathered and the tempo from the drumlines are increasing. The fierce shrieks are growing louder as glowing embers send sparks rising like tiny yellow snowflakes into the scorching hot air.

Even so, the natives should be more careful. They should drink a lot less of their magic potion and use some situational awareness to survey their surroundings. They need to exercise some caution.

If they don’t snap out of their trance soon, they are going to get burned.