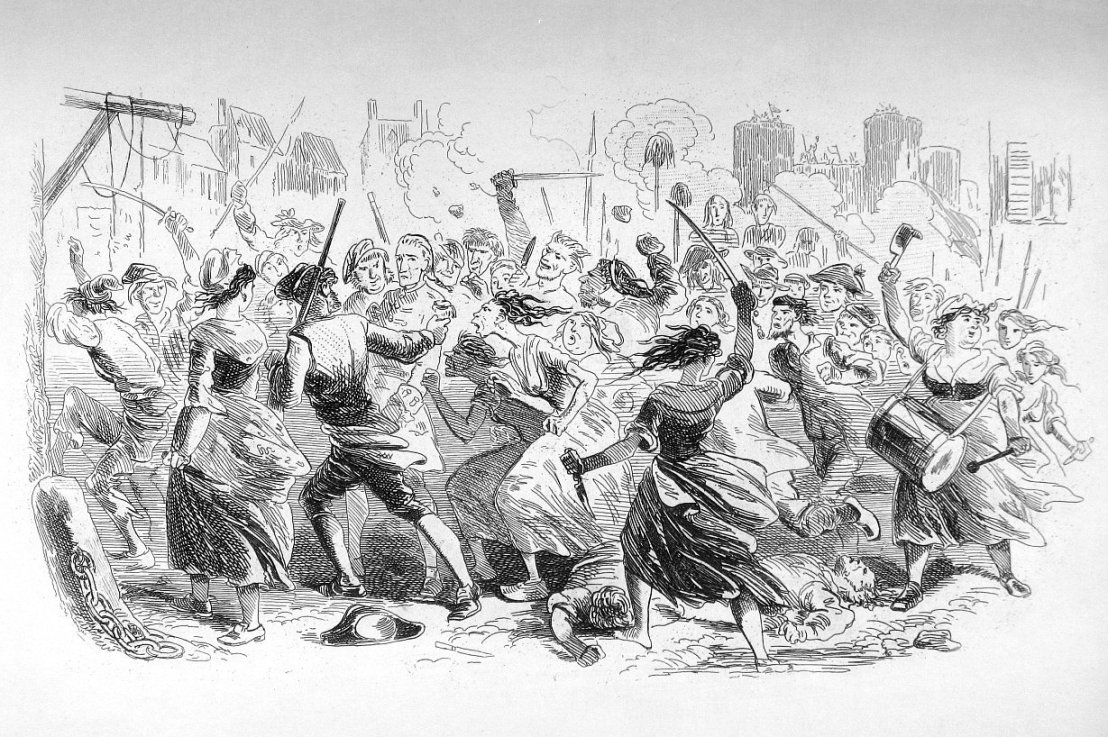 On the morning of Tuesday, November 8th, 2016 I was making breakfast for my wife and daughter while mentally preparing myself for the inevitability of a Hillary Clinton presidency. While flipping scrambled eggs in the pan, I found myself taking inventory and strategizing the future. No matter what happened, I would not make stupid mistakes like Rick Grimes in the Walking Dead. If the walls of my compound are breached like the walls of the prison at the end of Season Four, my family will have a predetermined rally point instead wandering aimlessly like Rick’s group at the beginning of Season Five. We will have bug out bags and supply caches and I won’t be stupid.

When the stormtroopers come to my door in an open assault on my Second Amendment right to bear arms, I may not be there. But what if they find my friends and family in order to blackmail my cooperation? I can’t let that happen. If I am caught, and they torture me, I will be like Mel Gibson in Braveheart and scream “Freedom” as they yank out my intestines. So help me God, I will never betray my fellows. Do I need more precious metals? Do I have enough ammo? Better water filtration? Water is a priority. Wait. What about night vision? And before the bombs fall, where can I get Geiger counters and protective gear in the event of radioactive fallout? That’s paranoid! Hell no! It could happen. Let go of your normalcy bias. The times, they are a changin’.

Oh, if only Trump could win this one. Wouldn’t that be great? Even if only to have a little more time? No. Steel yourself, man. You must be strong for your family. You have lived a great life. Now face what lies before you and do your best until the very end. Buck up. You got this.

Eating these delicious eggs, I know it is too late. “What honey? Sure. One more toast would be cool. Thanks.” We have been overrun by the People of Walmart, Libtards, Republicucks, .Gov employees, federalized educators, the moocher classes and the corporate media. Our nation is beyond redemption. No way back. Hell no. Government employees now even outnumber those who pay their salaries. The socialists have won. It’s over.

Still, I am now placing my vote. Now I am putting my paper ballot into the machine. I really hope my vote actually counts. But I will never know for sure, will I. Whatever. Even if my vote records accurately, America is still too divided. Battles are being fought in polling locations all across the land and even now, the counties are being divided into red and blue shades. The urban areas are too many. Soon most states will be colored blue.   It could even be real civil warfare tomorrow. Who knows?

I will not look away. I will face every hour and watch the states fall like blue dominoes. History is being made. But wait. Red? What? He needs North Carolina. Shoot. Hillary is ahead there. Oh man. She is killing in Pennsylvania. Wait. Be patient. OK. He got South Carolina! He needs North Carolina though. She’s ahead in Georgia. That sucks. I can’t watch anymore. OK. I ‘m back. She’s ahead in Florida. 48% to 47%. Without Florida, it’s over. I can’t watch this. OK. I’m back. What? Florida? Ohio?!!! North Carolina?!!!! West Virginia, Georgia, Alabama, Iowa, Missouri. What?!!! Pennsylvania is in play? NO WAY! Now they are saying it is tough road for HILLARY to win? The New York Times now gives Trump an 89% chance of winning?!!!!!

Oh…, look at the talking heads on MSNBC. Is Chris Matthews crying? He can’t stop squinting! It’s like he is being thrashed with an invisible cat o nine tails from Rachel Maddow’s dungeon! Rachel Maddow looks like she just got her genitals grabbed. Turn to Fox news. Juan Williams is talking. Oh boy. He looks really upset. Worse than even the long-faced mopes at Hillary’s rally in New York. This is really happening. Back to MSNBC. Some Afro-American guy is talking. Looks like a Juan Williams clone. This guy is lecturing me on how white America has come out in droves in order to lead all of the colored peoples back into the bad old days; how the old-fashioned white ones are taking the country back from the enlightened progressives. “What about the poor Muslims?” he drones. His visions of rainbows are disintegrating as he speaks!

Now all of the establishment talking heads are saying the same things. How scared the Muslims and Hispanics must be. But everyone is missing the point. Is morality old fashioned? It’s not about race, dummies. It’s about corruption and the rule of law. It’s about illegal immigration and trade. It’s about making America great again, dammit! Hillary Clinton is corrupt to her core. She committed treason while Secretary of State by selling favors to foreign nations through the Clinton Foundation. Her policies helped cause the worldwide immigration crisis. She allowed four Americans to die in Benghazi then lied to their families and to the whole world regarding a YouTube video.

Yet none of this is being brought up on any of the networks. The liberal progressives whine about inclusion but they are the real dividers. They want to be “Stronger Together” while labeling half of Donald Trump’s supporters as “deplorables”. They feign concern for Muslims but never for Islamic women suffering in the Middle East or all throughout the third-world hell holes. They incessantly advocate for Muslims who demand sharia law within the borders of the United States while completely ignoring victims of Islamic terror both in America and beyond. They preach regarding racism and xenophobia as well as amnesty for Hispanics, Syrians and others who have invaded our nation illegally and in doing so, these effete bastards are demonstrating only hatred and contempt for working class Americans regardless of their genealogy.

Where is the unity? Could it be that diversity precludes unity? What ever happened to being a nation of ideals? Yet today, even the Republicuck Party chooses to define various delineations of humanity in order to welcome them into their bigger tent. Why not, instead, view all Americans as simply one nation under the Constitution?

In spite of Hillary Clinton, her supporters and the mainstream media downplaying and even ignoring the Wikileaks revelations during this election cycle, in spite of mysterious Wikileaks and Twitter internet outages, in spite of gaslighting the American citizenry over Russian involvement in the election; in spite of the Obamacare lies and subterfuge and Obama himself urging illegals to vote for Hillary: Donald Trump is now supposed to graciously reach out to these people?

For them to expect this is beyond the pale. They need to reach out to him and join his movement. In any case, in accordance to the Donald’s promise in the second debate, a special prosecutor should be commissioned in order to prosecute all the Clinton’s, and their enablers, for their crimes. Anything less will be a travesty of justice and a betrayal to those who voted to make America great again.

Beyond this, the future remains uncertain. The real political power today has been harnessed by the global banking elite. They will soon try to make nationalism the scapegoat for their pre-planned economic demolition. The Federal Reserve bankers can simply raise interest rates sometime after Trump’s inauguration in January.  In the media and the minds of his enemies, he will then become Herbert Hoover Redux, Part Deux. In spite of this, Trump winning is the best possible scenario for now. There is no way the dark powers could have rigged this election. It is obvious the turnout for Trump surprised even them. But now they will make all of the disobedient pay.

Game on. We are a nation divided but we’re still standing. It’s a Tale of Two Cities and no one said it better than Charles Dickens: