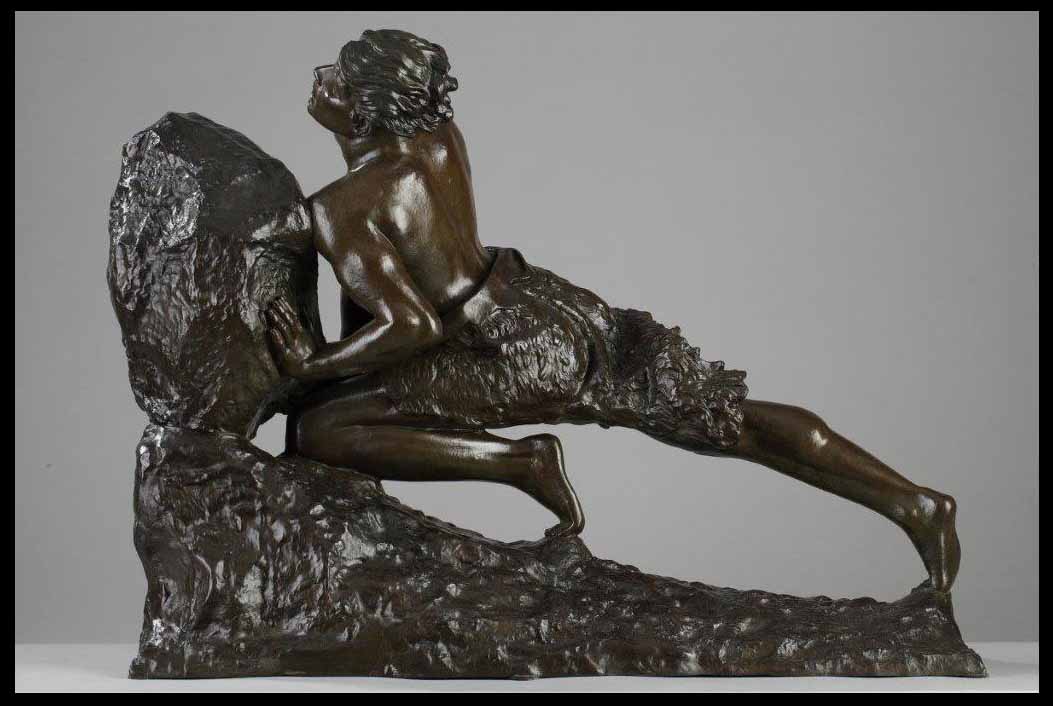 Entropy is the general trend of the universe toward death and disorder.

Everything degrades over time without exception. Of course there are diverging regenerations within time’s decay but all is fleeting and cannot last. Just as the laws of thermodynamics universally define, a system will exist in a particular state and may cycle through varying states, but in the end, it will return to the equilibrium, or stasis, of inert uniformity. Life is a like a rotating heat engine of sorts, catapulting energy over the cold fabric of space-time as the lexicon of Physics continuously hold singular meaning in our daily existence: laws, work, heat, constant pressure, and cycles. Yet, sadly, total efficiency is achieved in theory only; this is because entropy precludes perfection within the confines of time.

No matter how far or fast you can run, or how much you can bench-press right now, in the end, you’re dead; either through physical decomposition or violence. Either way, as Jim Morrison of the rock group The Doors would say: no one here gets out alive. Furthermore, and in the meantime, the weeds will strive to overtake your garden, the roads where you live will continue to crumble, your food will spoil, your cars and houses will require ceaseless maintenance until they eventually collapse; and societies will never stop revolutions trending toward totalitarianism.

Since time immemorial cycles have come and gone. Wisdom knows where the proverbial hands are on the allegorical clock.  Do you know what time it is?

Anyone with any sense understands America, as founded under the United States Constitution, no longer exists. The decline, which began in earnest at the beginning of the twentieth-century, accelerated exponentially decade after decade as the seeds of fractional reserve banking and Cultural Marxism yielded their wicked fruit. In the new century it was the Patriot Act and political correctness that killed the Fourth and First Amendments, respectively.  And by the time Barack Obama and the political left were done fundamentally transforming America via the Cloward-Piven advancement of the welfare state, Norman Rockwell’s America, like Elvis, had exited the proverbial building.

In a peaceful populist uprising, Donald Trump was elected in the 2016 Presidential Election.  Trump won while being financially outspent by a ratio of 9 to 1, against an entrenched political establishment, in spite of a hostile corporate media, and while losing the popular vote. Thus began one of the biggest frauds ever foisted upon the American people: the phony Russian election hacking narrative. This scheme looked to be a last ditch effort by the elite globalists, the military industrial complex, and the political establishment, to neutralize Donald Trump and his Basket of Deplorables. 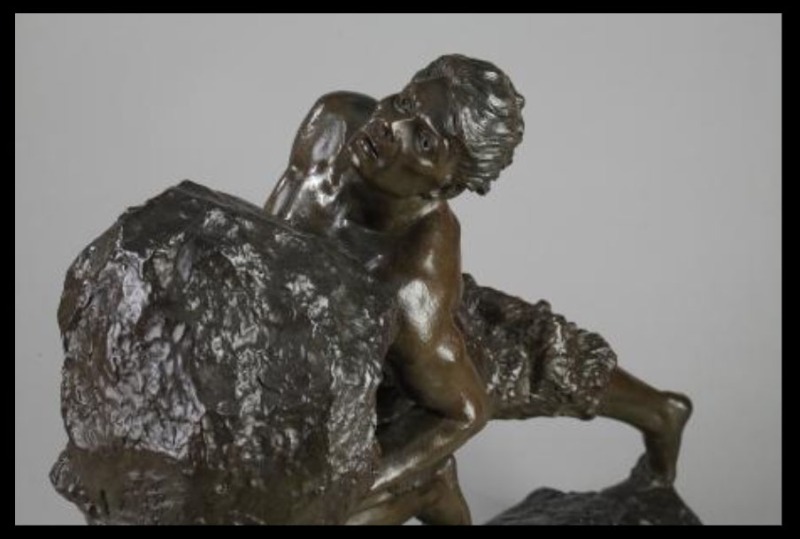 Whether the Never Trumpers believe they are morally justified to oppose Trump because he did not win the majority vote; whether they fear what they consider to be his racist immigration and trade platforms; or whether they simply dislike him personally; a significant percentage of the American body politic are embracing the Russian election hacking lie in order to remove a constitutionally elected president.  This is no small thing.

Thanks to WikiLeaks we knew the United States Central Intelligence Agency (CIA) had created software entitled UMBRAGE and MARBLE to fake digital “fingerprints” from countries including Russia, China, North Korea and Iran.   Also, according to a January 12, 2017 report  in the New York Times, we knew of president Obama’s unprecedented actions:

In its final days, the Obama administration has expanded the power of the National Security Agency to share globally intercepted personal communications with the government’s 16 other intelligence agencies before applying privacy protections.

The new rules significantly relax longstanding limits on what the N.S.A. may do with the information gathered by its most powerful surveillance operations, which are largely unregulated by American wiretapping laws. These include collecting satellite transmissions, phone calls and emails that cross network switches abroad, and messages between people abroad that cross domestic network switches

On April 3, 2017, we learned from both Bloomberg and Fox News that Obama’s former National Security Advisor, Susan Rice, was the culprit who feloniously “unmasked” the identity of those within President Donald Trump’s Administration for the purposes of political expediency, while under the guise of foreign surveillance.

Yes, through the efforts of former President Obama, high-ranking members of his administration, and a gullibility of Americans desiring to believe what they wanted to be true, chaos ensued all throughout the early months of 2017 within the Trump administration. Michael T. Flynn was forced to resign as National Security Advisor and Trump’s new Attorney General was made to recuse himself from the Russian investigation.

Then, on May 9, 2017, President Trump fired FBI Director James Comey.  In both Trump’s personal letter to Comey and the statement from the Office of the Press Secretary , it was Attorney General, Jeff Sessions, and Deputy Attorney General, Rod Rosenstein, who were cited as recommending Comey’s dismissal.

One week later, and in response to Jeff Session’s recusing himself from the Russia investigation, Rod Rosenstein appointed Robert Mueller as special counsel to investigate the matter, referencing regulation 28 CFR 600.1 which stated:

(a) That investigation or prosecution of that person or matter by a United States Attorney’s Office or litigating Division of the Department of Justice would present a conflict of interest for the Department or other extraordinary circumstances; and

(b) That under the circumstances, it would be in the public interest to appoint an outside Special Counsel to assume responsibility for the matter

Except there was a problem.  Deputy Attorney General, Rod Rosenstein, determined that a ‘criminal investigation’ of a ‘matter’ was ‘warranted‘ – but Russia’s alleged tampering in the 2016 presidential campaign was never a criminal investigation. It was a counterintelligence investigation.  This means Robert Mueller charged four individuals for process crimes (Paul Manafort, Richard Gates, George Papadopoulos, and most recently, Michael Flynn) in an unconstitutional investigation.

Furthermore, in a Justice Department memo, Rosenstein even admitted no crime had been committed:

In my capacity as acting Attorney General, I determined that it is in the public interest for me to exercise my authority and appoint a Special Counsel to assume responsibility for this matter,” said Deputy Attorney General Rosenstein. “My decision is not a finding that crimes have been committed or that any prosecution is warranted. 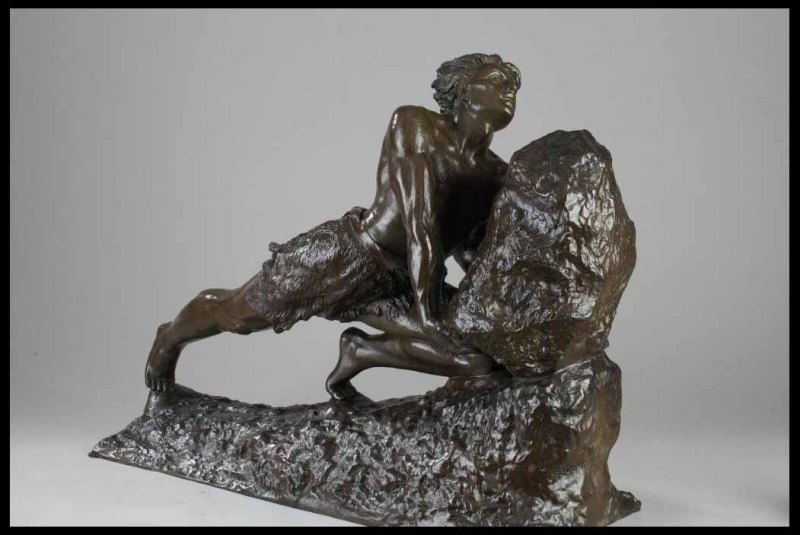 Yet, strangely enough, Mueller’s investigation has shed light on Hillary Clinton’s, Barack Obama’s, and Robert Mueller’s, potentially treasonous involvement regarding the Uranium One sale of America’s Uranium deposits to Russia (also reported in the mainstream media years ago).  What did America receive in return for this deal? Anything?

Additionally, the investigation discovered that the Clinton Campaign and the Democratic National Committee financed the fake Russian “Golden Shower” Dossier  on Trump.

Furthermore, it has been revealed that DNC chairperson, Donna Brazile, not only illicitly provided Hillary Clinton presidential debate questions, but later wrote a book entitled “Hacks: The Inside Story of the Break-ins and Breakdowns That Put Donald Trump in the White House“ which described Hillary’s actual election hacking in the Democratic Party Primary race against then candidate Bernie Sanders.

So, onward marches Mueller to an inevitable outcome which could, potentially, rock the remnant of America back to its foundational equilibrium.  Perhaps Mueller is a tool of the political establishment seeking to remove Trump.  It could be Trump is playing six-level chess and using Mueller to drain the swamp.  Or, maybe Trump is a Manchurian-style reality star performing the leading role in America’s demise.

Regardless, the end of the cycle has begun.

In Greek mythology it was Sisyphus who was made to roll a large rock up a hill, only to see it roll back over him, in an endless, eternal cycle.  Homer, in the Iliad and the Odyssey, wrote about Sisyphus as did Ovid, the Roman poet.  But it was Socrates who, in Plato’s Apology, hoped to meet Sisyphus in the after-life and question him who is wise and who thinks he is when he is not.

Many endeavors hopeless and endless have come to be known as Sisyphean.

In our current cycle, the rock has reached the hilltop and another revolution will descend.  This time, in America, it was the political leftists, one-world globalists, and establishment politicians, who misused the power of government to serve their own agenda against the will of the American people; the citizens who voted in good faith and in accordance with the last vestiges of the U.S. Constitution.  Like Sisyphus, they will start again.