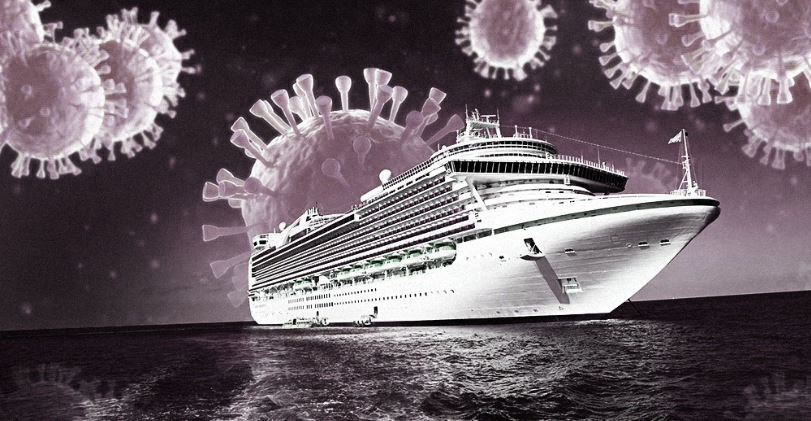 As schools are being closed in my state for the next several weeks, an article published in a local paper this morning stated: “With testing options now expanding, [the state] expects the number of positive cases to increase.”

Even the Orwellian Media is now making the case for shuttering the economy while, at the same time, Orange Man bad:

Does President Trump have the guts? His initial response to the virus was to underplay it and insist it would be gone before long. He was wrong about that. He has a chance now to rectify that with bold action. Like all leaders who find themselves managing a crisis, Trump is going to infuriate somebody, whether it’s those who think he’s doing too little or those who insist he’s doing too much. He has a short window of time to act before the only possible answer is that he’s doing too little.

In many ways, the daily details are fast-becoming deck chairs on the Titanic. In the terminology of Strauss and Howe’s “Fourth Turning”:  If the 2008 financial crisis marked the Catalyst for this current Fourth Turning and Trump marked the Regeneracy phase, then it appears COVID-19 may be the Climax.  The authors Strauss and Howe defined the Climax as “the death of the old order and birth of the new“.

Indeed, the global reaction to Coronavirus® is shaping up to be a watershed societal sea change – similar to 911®. A TEOTWAWKI event whereby very little may ever be the same afterward.

The next five years are going to be like skiing down a mountain in a blizzard during an avalanche. Or, in other words, it will be hard to see what’s just ahead and tricky trying not to fall and get buried while navigating a slippery slope.

COVID-19 should have been named Controlavirus.  Seriously, isn’t it ironic that “corona” translates to “crown”?  Perhaps unsurprisingly, therefore, an Illinois mayor has granted herself  the power to ban gun sales and alcohol during the epidemic:

Among the sweeping powers she [Champaign, Illinois mayor Deborah Frank Feinen] gained after signing the executive order was the ability to ban the sale of guns, ammunition, alcohol and gasoline – as well as the power to cut off access to individuals’ gas, water or electricity, according to the Washington Examiner.

The city can also “take possession of private property” and order the temporary closing of all liquor stores and bars. 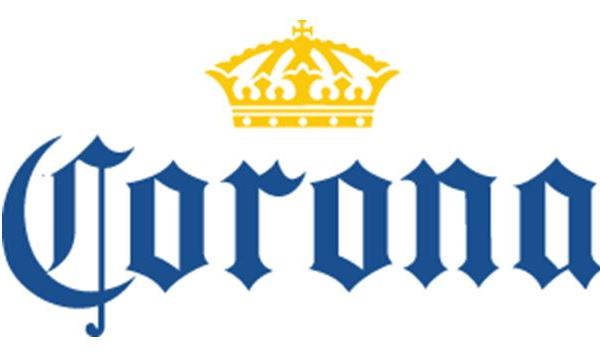 Paradoxically, the reaction to COVID-19® is about weaponizing the love and civility of the citizenry. In order to protect the most vulnerable, the public will self-regulate.

Coronavirus® really has become the new Terrorism®. Why? Because it’s time.

It’s surreal how stores are being cleaned out, even in states with very few cases. It was going to happen eventually… but over this? Who knew?

The virus has penetrated the space between folks, even if only in their imaginations – which, in many ways, is worse than the literal virus. Everyone is now suspect. Mission accomplished.

The  Trump Administration’s ever-ubiquitous Dr. Anthony Fauci seems to be everywhere in the news these days. He was also mentioned more than once in my most recent article.  Less than two weeks ago, Fauci expressed serious concerns regarding test kit shortages:

“There [were] certainly some missteps in the beginning regarding getting tests our — some technical issues that slowed down the process, but now the [Food and Drug Administration] and [Centers for Disease Control and Prevention] are working together to get test kits out,” Fauci said when asked about concerns that the Trump administration will not reach its goal of sending 1 million COVID-19 tests as soon as possible.

Seriously, this from a guy who has been the Chief of the Laboratory of Immunoregulation since 1980 and the Director of the National Institute of Allergy and Infectious Diseases (NIAID) since 1984.

And what about those tests anyway?  Because we may want to reconsider the government saving anyone:

….the two most prevalent US testing methods are: antibody, and PCR.

Antibody tests are notorious for cross-reactions. This means factors in no way relevant to a given virus can make the test read positive. In that case, the patient would be falsely told he “has the coronavirus.” But it gets worse. Traditionally, antibody tests reading positive were taken as a good sign for the patient: his immune system had contacted a germ and defeated it. Then, starting in 1984, the science was turned upside down: a positive test was, astoundingly, taken to mean the patient was ill or would soon become ill.

The PCR test (which requires excellent technicians who will not make any number of possible mistakes) takes a tissue sample from a patient which might contain a tiny virus particle(s) much too small to be observed—and blows it up many times, so it can be seen. However, the test says nothing reliable about HOW MUCH virus is in the patient’s body. Why is that important? Because millions and millions of replicating virus in the body are necessary to even begin talking about actual illness. A positive PCR test, nevertheless, will be taken to mean the patient “has the epidemic disease.” —An even deeper issue: where is the PRIOR PROOF that the PCR is testing for a virus that actually causes disease?

The prospect of these two tests being done on Americans is not comforting, to say the least. People will be roped into believing they are “epidemic cases,” and therefore need to be isolated, and treated with highly toxic antiviral drugs.

In the event they become ill, from the drugs, they’ll be told “the coronavirus is doing the damage.” In some cases, this will result in even further dosing with the same drugs, at higher levels—a disaster…

Another consideration: How could any COVID-19 stats be accurate if they only reflect those who’ve tested positive?  In other words, the data depends solely upon the number of test kits available.  And it appears that more and more are coming; which, in turn, will surely result in more “positives”.

What I also find disturbing regarding the current COVID-19 hysteria is the advent of the newly-coined terminology such as “community spread” – which essentially means they don’t know how the patient got the virus. Or did they?  And “flattening the curve” so as to justify people self-quarantining themselves, until the government says it’s safe to leave the house again.

Yes, the exact same government that funds the Centers for Disease Control (CDC) – an organization that has posted a “help-wanted” ad* to fill the following position(s) during the exact COVID-19 window:

That CDC ad was posted on 11-15-2019, or nearly two weeks after both the simultaneously occurring EVENT 201 Exercise in New York City and the Military World Games in Wuhan, China.  And the large geographical area, and open enrollment dates, in the CDC ad indicates a broad initiative at exactly the right time.

As this article was being typed, churches and schools in my area have been closed and many grocery stores currently contain empty shelves. Certainly, the strange surrealness of the reaction to COVID-19 will exponentially compound; just as a “house of cards” provides an apt visual analogy of supply-chain vulnerability.

Cue the theme song from the movie “Jaws”.

And do you remember in my 2nd Coronavirus article (item # 4) how I discussed the first case of COVID-19 that the Orwellian Media claimed was from an “unknown origin”? They said it had occurred in Sonoma County California but downplayed the fact it was the same county where the Diamond Princess passengers were quarantined at Travis Air Force base.

So… why did the press claim the origin was “unknown”?  It’s because they want panic. They are complicit.

Governments love crises because when the people are fearful they are more willing to give up freedoms for promises that the government will take care of them. After 9/11, for example, Americans accepted the near-total destruction of their civil liberties in the PATRIOT Act’s hollow promises of security.

It is ironic to see the same Democrats who tried to impeach President Trump last month for abuse of power demanding that the Administration grab more power and authority in the name of fighting a virus that thus far has killed less than 100 Americans.

Declaring a pandemic emergency on Friday, President Trump now claims the power to quarantine individuals suspected of being infected by the virus and, as Politico writes, “stop and seize any plane, train or automobile to stymie the spread of contagious disease.” He can even call out the military to cordon off a US city or state.

……If anything, what people like Fauci and the other fearmongers are demanding will likely make the disease worse. The martial law they dream about will leave people hunkered down inside their homes instead of going outdoors or to the beach where the sunshine and fresh air would help boost immunity. The panic produced by these fearmongers is likely helping spread the disease, as massive crowds rush into Walmart and Costco for that last roll of toilet paper.

…. When the “threat” is over, however, they never give us our freedoms back.

It’s always the same people and organizations:  Dr. Anthony Fauci, John Hopkin’s University, the CDC, WHO, et al. And, now, the man who sponsored the Event 201 Exercise…, Bill Gates, has retired right on schedule and just in time. Like clockwork.

Coronavirus® may be the new Terrorism®, but it doesn’t mean it’s not real. It’s real because it’s happening.

I know some college students who drove to Florida for Spring Break. They said the bars have been closed and, now, The Controllers are warning of closing the beaches too. The beaches… the salt-water and sunlight… which are probably the most toxic environment for COVID-19 imaginable.

And so it goes.

9 thoughts on “They Should Have Called it CONTROLavirus”