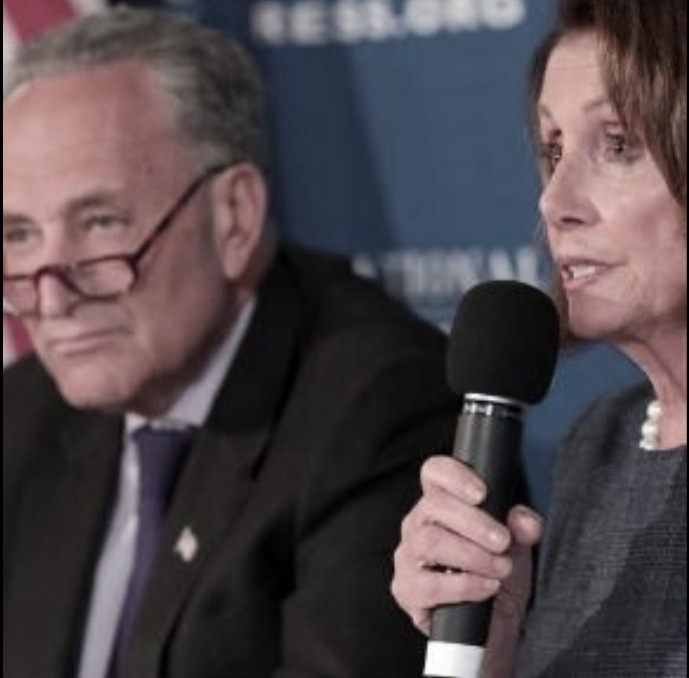 On Tuesday, February 28th, 2017, President Donald Trump addressed a joint session of congress with a speech that was widely praised, even by his most fervent critics.

Each American generation passes the torch of truth, liberty and justice, in an unbroken chain all the way down to the present. That torch is now in our hands. And we will use it to light up the world. I am here tonight to deliver a message of unity and strength, and it is a message deeply delivered from my heart.

In his address, Trump claimed that positive immigration reform was possible as long as lawmakers focused on goals to:

improve jobs and wages for Americans, to strengthen our nation’s security, and to restore respect for our laws.

He offered his vanquished opponents in the Democratic Party much to consider even lamenting the $6 trillion spent in the Middle East in favor of a $1 trillion infrastructure investment here in the United States. He further expressed his desire to solve many other “pressing problems” involving the economy, the national debt, healthcare, education, poverty and crime.

How did the Democrats, establishment Republicans, and the corporate media respond?

With continued attacks on the legitimacy of Trump’s presidency via false accusations of election hacking and his administration’s non-existent collusion with Russia. Indeed, within 24 hours of Trump’s speech, House Minority Leader, Nancy Pelosi, accused Trump’s newly appointed Attorney General, Jeff Sessions, of “lying under oath” during his confirmation proceedings regarding his contacts with the Russians.

Although Sessions may have spoken with Russian Ambassador, Sergei Kislyak, in accordance with his duties on the Armed Services Committee, he did not do so in order to affect the election outcome. Regardless, by Thursday, just two days after Trump’s congressional address, Jason Chaffetz, the Utah Republican who leads the Oversight Committee, Senator Rob Portman of Ohio and House majority leader, Kevin McCarthy of California also jumped on the Russian bandwagon to challenge both Sessions’ integrity and legitimacy as Attorney General.

Hours later, Sessions recused himself from any 2016 Presidential Campaign investigations.

Clearly, what we have witnessed this week was the “politics of personal destruction” in order to promulgate a narrative that empowers accusers so they can secure political ends via lies, innuendo and smear tactics. In other words, Jeff Sessions got “Borked”.

Robert Bork was the legal scholar, Yale Law School professor, Solicitor General, acting Attorney General, and judge of the United States Court of Appeals for the District of Columbia, who was nominated for a seat on the Supreme Court by Ronald Reagan in 1987. In spite of Bork’s preeminent qualifications and unassailable moral rectitude, he was rejected by the U.S. Senate after then Senator Ted Kennedy of Massachusetts, slandered Bork with despicable defamations:

Robert Bork’s America is a land in which women would be forced into back-alley abortions, blacks would sit at segregated lunch counters, rogue police could break down citizens’ doors in midnight raids, schoolchildren could not be taught about evolution, writers and artists could be censored at the whim of the Government, and the doors of the Federal courts would be shut on the fingers of millions of citizens for whom the judiciary is, and is often the only, protector of the individual rights that are the heart of our democracy.

Judge Bork claimed that not one line in Kennedy’s speech was accurate and even the Economist magazine later admitted that Bork “was right”, but that Kennedy’s false accusations “still worked”.

In 1990, we saw the same people vilify Supreme Court Justice, Clarence Thomas, over his unproven sexual harassment of Anita Hill. Ironically, the same people later defended Bill Clinton’s illicit sexual escapades with then White House intern, Monica Lewinsky. The only reasons for the double-standard that I can see must have been because Clarence Thomas is black and the fact that the allegations against Clinton were true.

Do you see the hypocrisy?

In another paradoxical twist of fate, just as Robert Bork was falsely condemned by Democrats in the U.S. Senate, so was Bill Clinton acquitted by the Democrats in the Senate a little over a decade later. Many, even today, claim Slick Willie merely lied about sex. However, if one took an oath to defend the Constitution of the United States, and then as the nation’s elected President, lied under oath and obstructed justice; then these were High Crimes and Misdemeanors, indeed.

But where was the press?

They weren’t there when Bill Clinton received illegal campaign contributions from China, and then later lifted security measures which allowed Chinese access to U.S. military technologies.

Why do those in the media ignore documented treason by Bill and Hillary Clinton, yet skewer Donald Trump and his administration over false accusations regarding Russia?

Why is the mainstream media so obsessed with imaginary Russian election hacking when they completely downplayed Obama’s actual collusion with Russian President Dmitry Medvedev, on foreign soil, before the 2012 presidential election?

Obama : “This is my last election. After my election I have more flexibility.”

Medvedev : “I understand. I will transmit this information to Vladimir [Putin].”

Where was the collective outrage?

According to the Media Research Center, over 88% of all press coverage on Donald Trump has been negative during his first 30 days in office. Obviously, this is to be expected, but if the press had any honor, or integrity, they would have given Obama the same treatment during his eight year presidency and extended Hillary Clinton the same courtesy during the 2016 presidential election.

Yet, the media coverage is always biased in favor of progressive politicians. Why? Because the media and establishment politicos have a global agenda that definitely does not include putting America first. That’s why.

These people do not love America. On the contrary. This is why they lie, cheat and steal to obtain their objectives. They have no honor, so they contort their narratives in order to sell their agendas to the American public under false pretenses.

Now, they are threatened by the internet.

On March 2, 2017 an opinion piece was published in the New York Times entitled “Internet Threatens Democracy”. Therein, the author, Thomas B. Edsall, a journalism professor at Columbia University, blamed the internet for the weakening of the current Democratic and Republican parties while he simultaneously perpetuated the Russian election hacking myth and mourned the “fake news” damage to Hillary Clinton:

Two developments in the 2016 campaign provided strong evidence of the vulnerability of democracies in the age of the internet: the alleged effort of the Russian government to secretly intervene on behalf of Trump, and the discovery by internet profiteers of how to monetize the distribution of fake news stories, especially stories damaging to Hillary Clinton.

Of course no mention is made of Hillary Clinton stealing the Democratic Party nomination from Bernie Sanders, or Clinton’s campaign manager, John Podesta’s predilection for “spirit cooking” which includes recipes comprised of fresh urine, breast milk, and sperm. 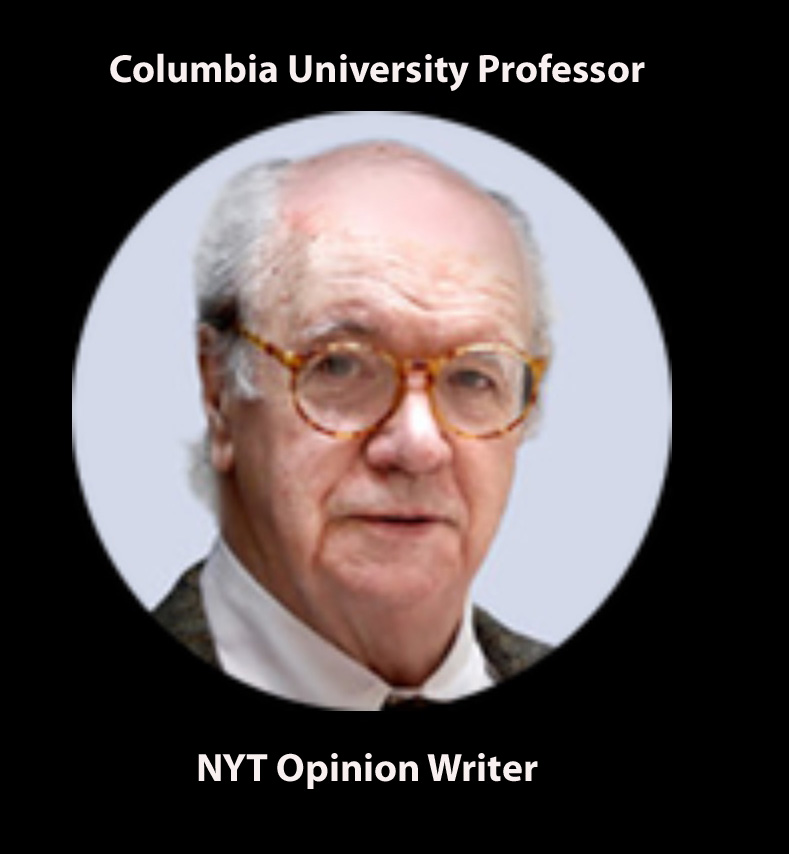 Neither does the New York Times, or any of the mainstream media today, desire to research and report on Podesta’s Pizzagate, the Clinton Foundation, Hillary’s missing e-mails, private Wall Street speeches, or how Bill and Hillary Clinton became multi-millionaires.

No, instead of ferreting out actual corruption in either the Democratic or Republican parties, they choose to identify the internet as what threatens democracy today and “Trumpism” as The New Punk Rock.

Now, we have Valarie Jarrett moving in with Barack and Michelle, and Eric Holder proclaiming the return of Obama in order to “take his place at the helm of the democrats’ Trump opposition efforts”; of which Obama already started during his last days in the White House.

So much for the time-honored tradition of past presidents refusing to publically criticize their successors.

Even former president, George W. Bush, after eight years of near silence under Obama, has chosen to publically trash Trump within a mere eight weeks after his inauguration.

At the same time, no one in either party, or the press, appears to be critiquing the Democrats who refused to honor the wife of a fallen Navy Seal.

As I see all of this occur, I can’t help but feel a sense of sadness for my country. Beneath the sadness, I feel anger. And, underlying the anger, I fear not for myself, but for the future of America and her children.

At the end of his speech to the United States Congress on Tuesday, Trump closed with these inspiring words:

I am asking all citizens to embrace this renewal of the American spirit. I am asking all members of Congress to join me in dreaming big, and bold and daring things for our country. And I am asking everyone watching tonight to seize this moment and, believe in yourselves. Believe in your future. And believe, once more, in America.

We are not witnessing a renewal of the American spirit. Instead, we are observing ever-expanding corruption and the increasing dissemination of lies.

It is obvious the members of Congress do not care to “join” Trump; the press will not report on Trump fairly; and that a majority of Americans, primarily in her urban centers, would rather embrace falsehoods than work with Trump to place America’s priorities first.

Before it’s said and done, the President, and his Deplorables, just might succeed in making the United States great again. But even if they do, part of me will always know it was not what most of America’s population deserved.

3 thoughts on “On Those Without Honor”